Why is it possible to predict fatigue? 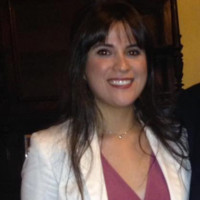 For millions of years, human beings have worked during the day and slept at night. This is due to our functioning that is regulated by a biological clock that possesses a 24-hour predictable pattern.

This clock is responsible for controlling all bodily mechanisms, such as sleep and alert cycles, metabolism, hormonal production, cellular division and many other physiological processes. Scientists have given the name of “circadian rhythms” to these cycles, and they are the reason why we want to sleep at certain hours of the day and eat at a certain time. Humans even have an idea of how much time has passed without watching the clock thanks to this rhythm. 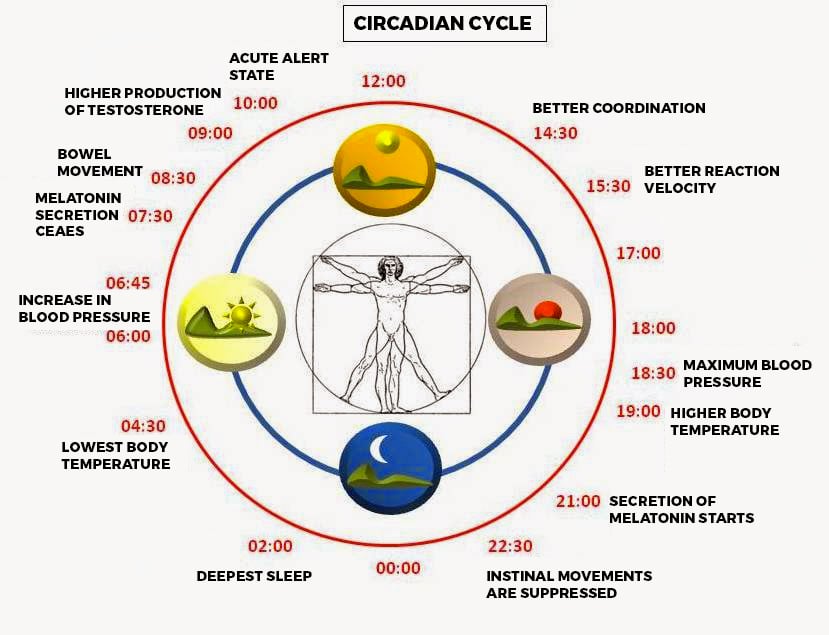 The human body depends on the sun to reestablish the cycle and keep it in exactly 24 hours. Light (and darkness) are important signals for the cycle. This circadian rhythm has developed during 3 thousand million years as life evolved on Earth, in the night and day of the sun context, where our genetic composition is deeply constructed.

The circadian clock is located in the suprachiasmatic nucleus (SCN) in our brain. When the eye retina perceives light, or on the contrary, darkness, it generates signals that reach the SCN which sends orders to diverse areas of the brain. 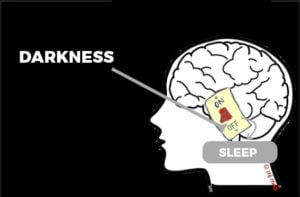 WHAT HAPPENS AT NIGHT

When the eye retina perceives absence of light, it sends a signal to the SCN which orders the pineal gland to activate the production of melatonin, hormone that induces sleep and makes humans feel at ease and healthy.

Additionally, the stimulating hormones production, -such as adrenaline, noradrenalin and dopamine-, ceases in order to reduce attention and cognitive capacity. During the night, blood pressure, temperature and metabolism are also reduced. 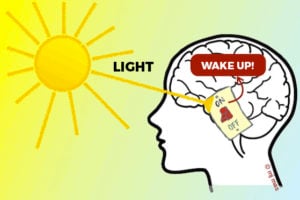 WHAT HAPPENS DURING THE DAY

sends a signal to the SCN which orders the pineal gland to reduce the production of melatonin, and increase the production of stimulating hormones (cortisol, adrenaline and noradrenaline) which produces a state of alert and increases concentration capacity, physical energy, precision and the capacity to solve problems. Arterial pressure also increases during the morning, as well as the metabolism. 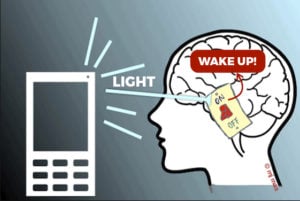 Therefore, when humans are exposed to artificial light at night, particularly blue light, the biological clock continues repressing the production of melatonin, and in consequence they sleep less and worse.

Working in a shift system with irregular schedules and sleep during the day, a frequent practice in transport operations, also de-synchronizes the biological clock due to the fact that it is not capable of identifying whether it has to sleep or work.

Therefore, it is crucial to understand the behavior of the body in order to know how to regulate human fatigue, and particularly accept that humans cannot fight their nature and biology.